The police association with a proud history of tenacious advocacy for members’ welfare. 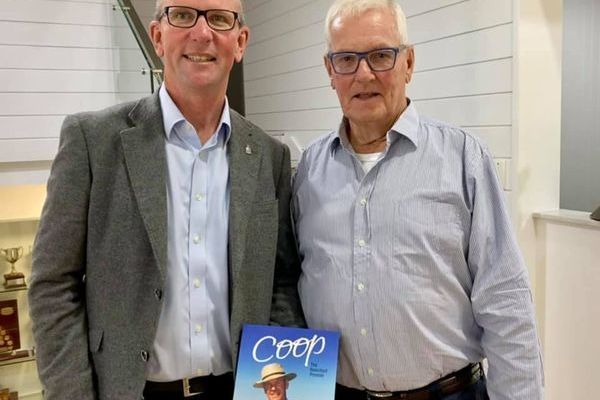 Congratulations Russell Cooper on your new book. We’ve always shared an interest in the policing of Queensland since his days in Parliament and been Minister for Police. A great honour and privilege today to attend the launch of the great Russell Cooper’s autobiography and have had the humbling experience of being asked to contribute to his book as well. As most people know, I am a great admirer and supporter of The Honourable Russell Cooper AM. Today’s launch at the beautiful Headland Golf Club here in Buderim in the heart of the Ninderry electorate fittingly held by our friend, former colleague and former QPUE member Dan Purdie was great. Dan Purdie MP This book should be a must read for all police who want to know why we are where we are today. If only there were more like Russell. Well done again Russell. If anyone would like a copy of this compulsory read, I thoroughly recommend it to all and it’s available here: 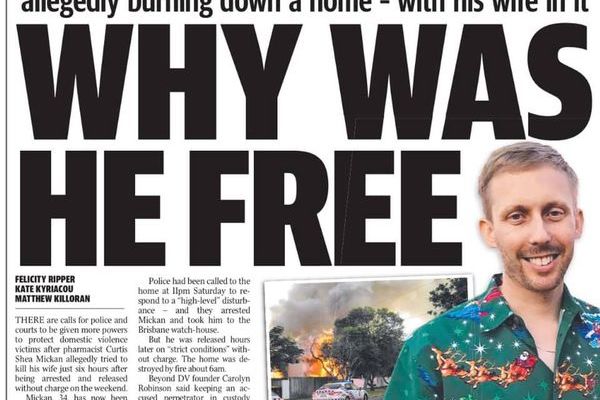 Every single police officer involved in the Wooloowin matter did everything by the book and no police officer did anything wrong! The person was not charged because domestic violence is not a crime. If the public want those accused of domestic violence charged, then adopt the QPU’s policy of creating a new offence of “Commit domestic violence”. Until then don’t blame police for the actions of alleged domestic violence offenders. It is simply nonsense for the armchair critics of hard working police to say we should be locking people up (without charge) and holding them in custody (without charge) and putting them before a magistrate?!?! It makes no sense at all and next ridiculous thing we will see from the armchair critics of police will be them calling for all police to be issued with Tarot cards and crystal balls immediately so police can identify a would-be, potential homicidal arsonist domestic violence causing individual just by looking at them and before they even commit an alleged offence. Police did exactly the correct thing at all times in the Arundel incident, and leading up to it, too. Police are overworked as it is, picking up the slack for every other government department who is failing to do their job. Take the QAS for example who are always missing in action forcing police to act as taxis for patients and now the armchair critics expect police to use our psychic powers to keep people in custody indefinitely without charge? Makes no sense at all and yet again, whether it’s QAS not doing their job, or our DV laws being woefully inadequate, it’s police who ALWAYs seem to be blamed for EVERY other government department’s failings. I might add that I am not, and would never, criticise individual rank and file paramedics who are also working as hard as they can in a terrible work environment caused by their department’s management, I am singling out Qld Health’s ineptitude as the cause of this QAS crisis, just like it is the failings of a whole range of other government departments who continually “go missing” and leave it to police when there is actual work to be done, or more often, when something goes wrong, it always seems that it’s police who are ALWAYs blamed for EVERY other government department’s failings. 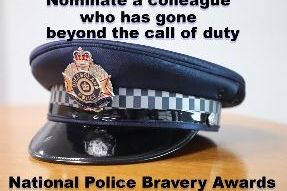 Nominations have opened for the National Police Bravery Awards. The QPUE encourage Members to identify champions for recognition for outstanding courage and bravery. 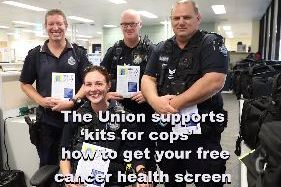 The QPU is supporting a campaign for all our members under the age of 50 to check for bowel cancer. When detected early, treatment for bowel cancer can have a significantly high success rate. Two Rotarians are on a 4,500 km cycling & driving tour across Queensland to raise awareness among QPU members and all police, by handing out free bowel screening test kits to everyone. If the team drop by your station take a few moments to collect a kit. If your workplace isn’t on the list contact the QPU on 3259 1900 to find out how you too can be part of the program. 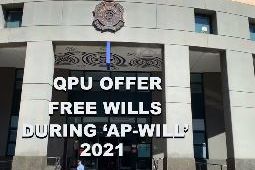 Have you completed your will? April is "ApWILL" month at the Queensland Police Union. The QPU provides free wills for all members. It's easy, quick and convenient! So make the month of April, the month of "ApWILL". 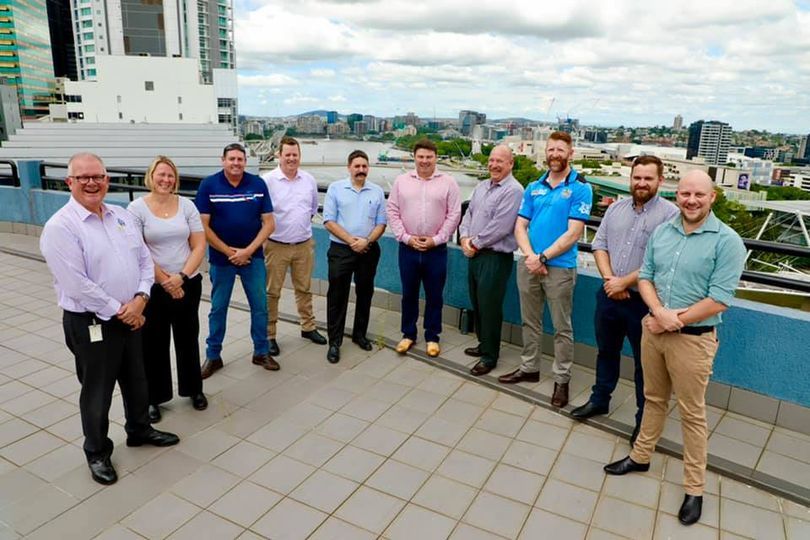 Another week and another great cohort of QPUE Branch Officials finish training in support of their colleagues. From St George and Taroom in the West to Whitsunday and Sarina in the North, our Branch Officials are from General Duties and CIB. 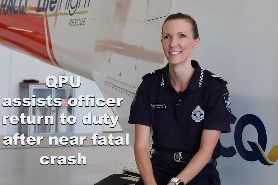 Senior Constable Jupp has returned to work following a significant injury sustained on her way home from work. The QPUE is able to assist all Members with return to work plans following any injury or illness.

To assist our Members during the COVID-19 response, we ask you consider directing your inquiries to the following QLD Police Union email addresses:

Your inquiry will be dealt with by one of our Membership Team or our Industrial Team ASAP. 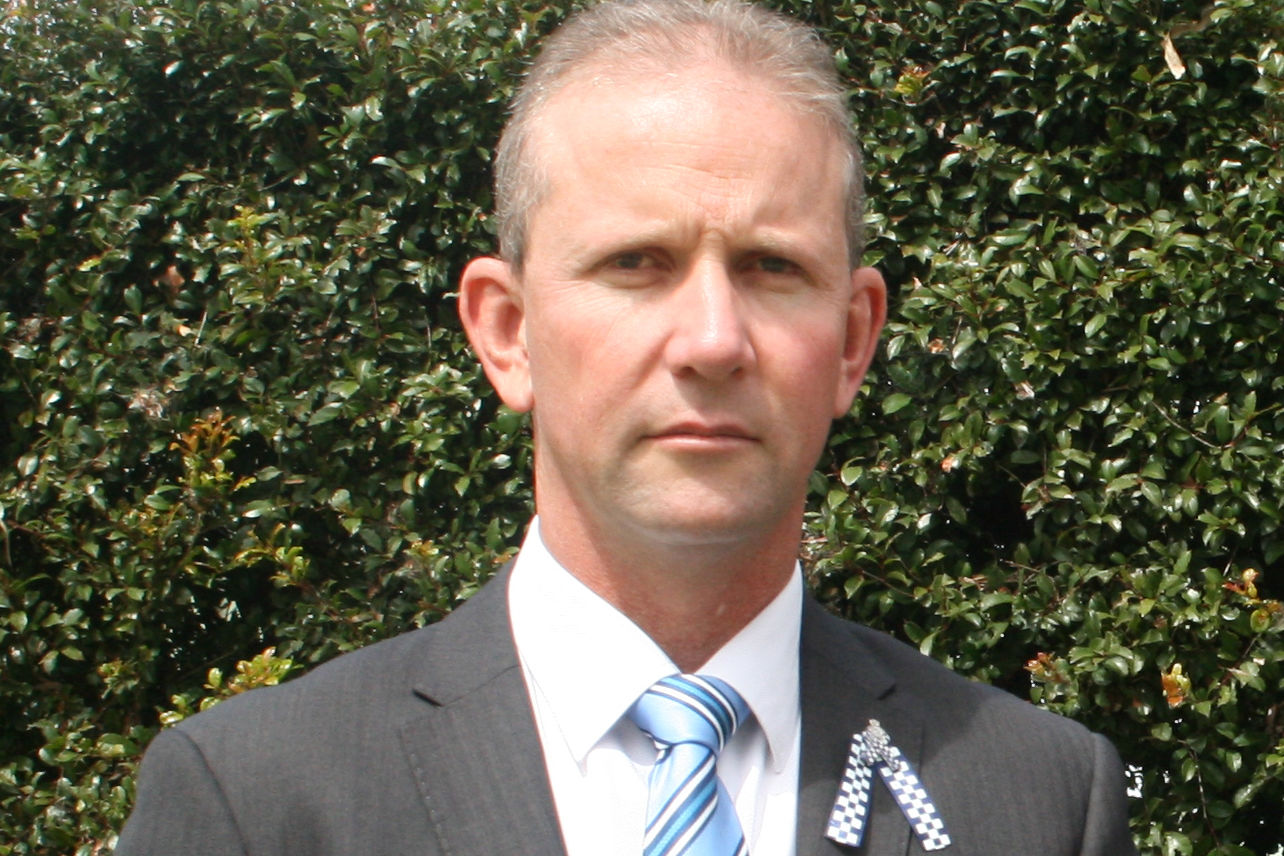 Welcome to your new website. Please check in here regularly to keep up to date with what’s going on at the Union, and to receive information and support to make your working life more rewarding. We hope to stay in contact with you all, so please ensure we have your current details. Simply log in, complete the form provided on the Membership page, and e-mail it back to us. On behalf of the whole QPU team, I thank you for the work you do each and every day. We look forward to being of service to you. 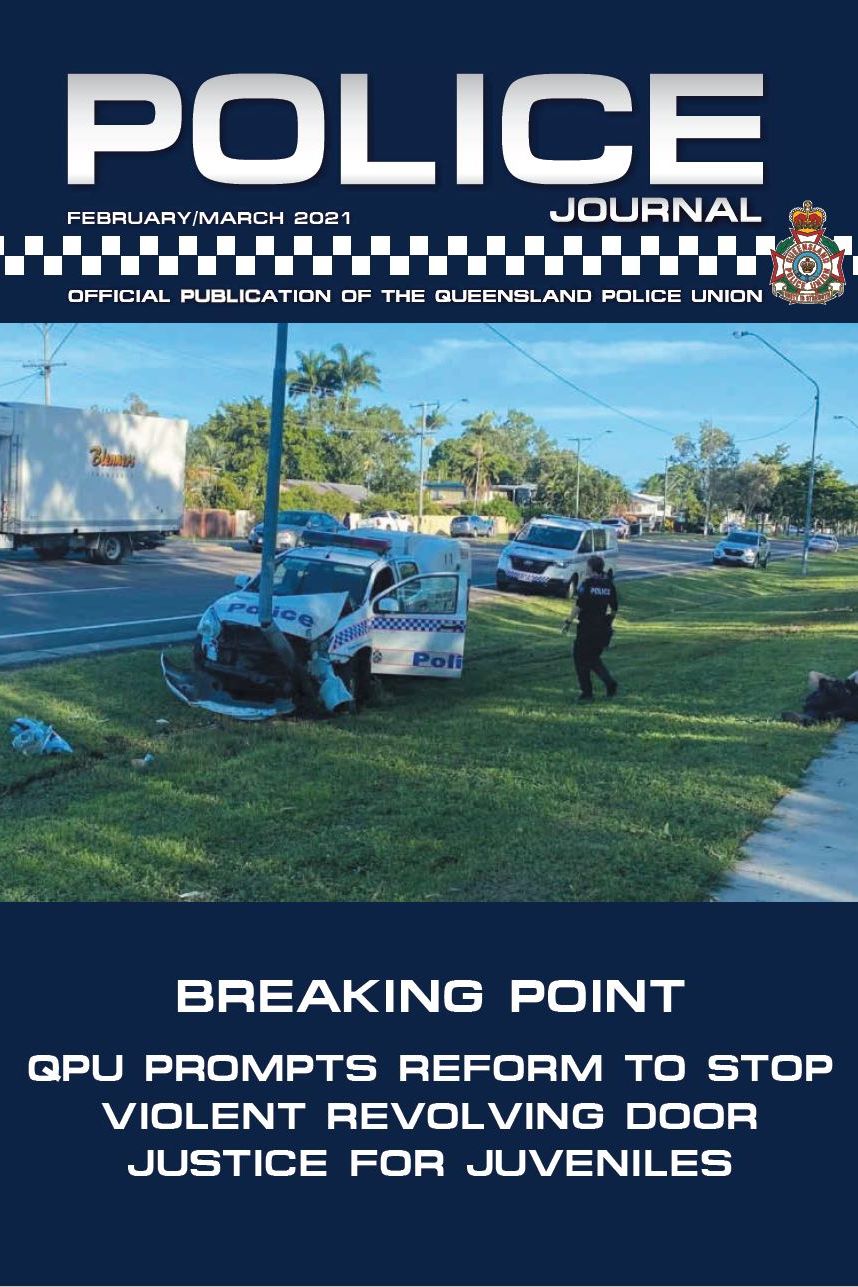 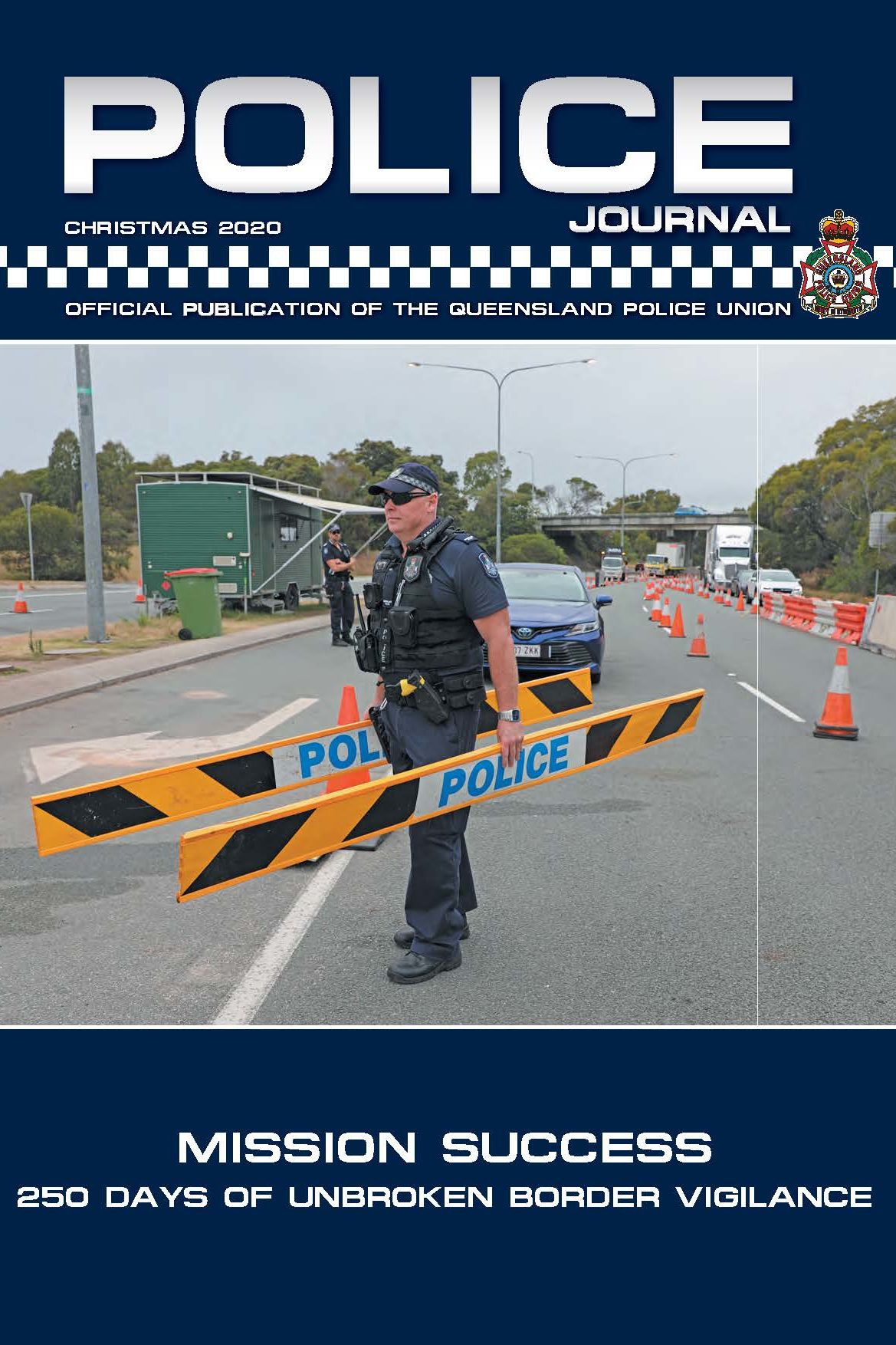 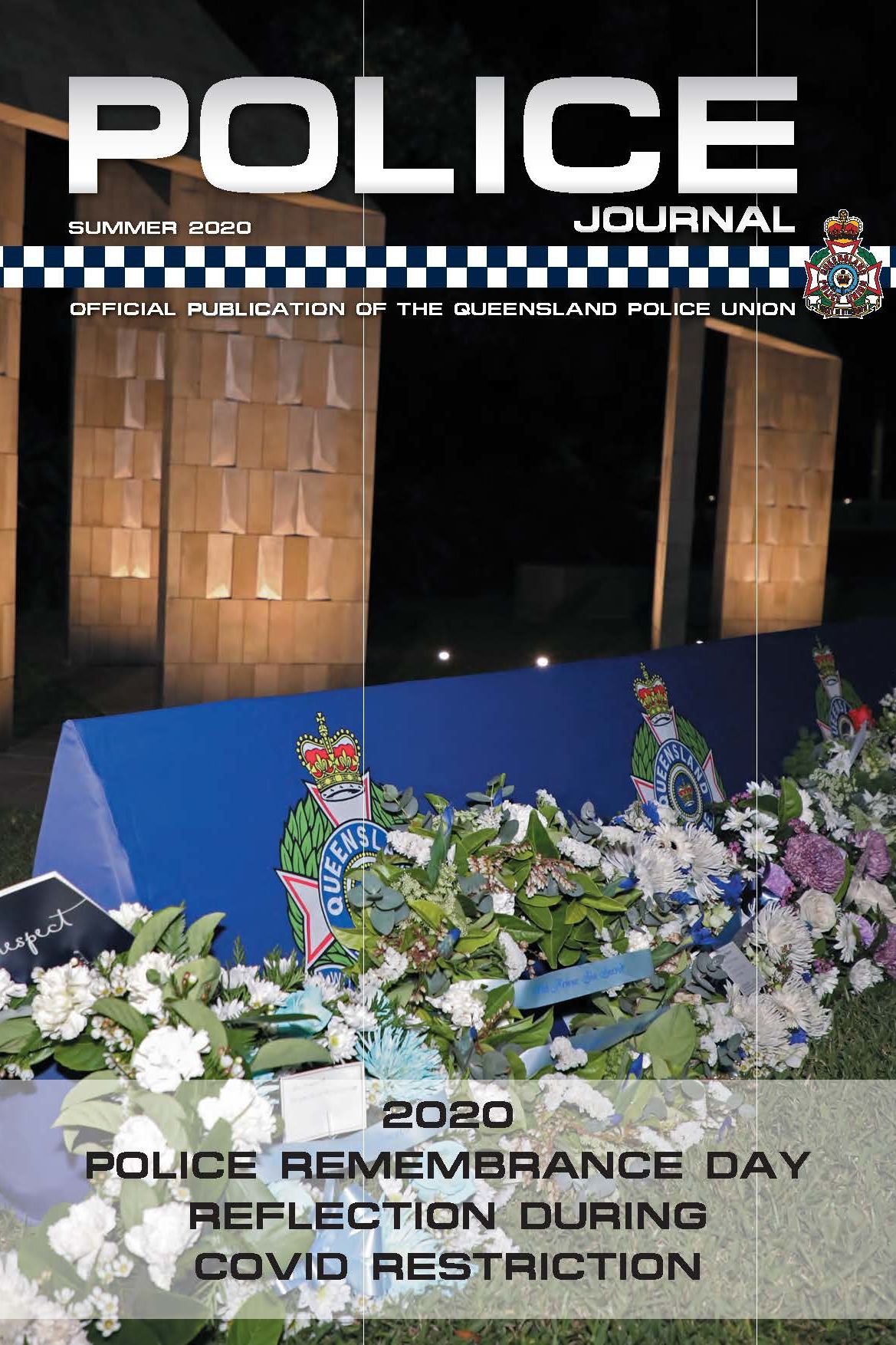 NWS: Burketown to get a new police station

4BC: ‘Ban them’: Police union’s push as thousands turn out to get tested